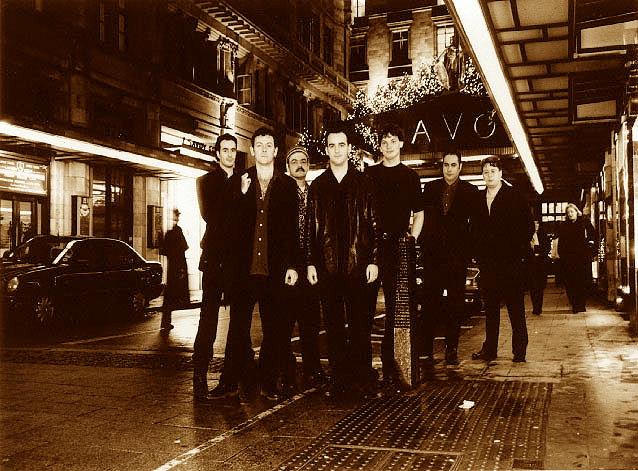 Superfly are a six-piece soul ‘n’ pop party band with many years of experience performing at private functions throughout the country. The band’s usual line-up is female vocals, male vocals/guitar, bass, drums, keyboards and sax, although they can also be reduced down to a five-piece by omitting the sax, or increased to a seven-piece by adding a trumpeter. The band perform a wide range of party classics including 60s soul, 70s groove and disco, 80s to 2000s pop and a smattering of jazz standards from Louis Armstrong to Frank Sinatra.

The band’s provenance reads like a mini Who’s Who of the pop glitterati: recording and touring credits with a galaxy of stars including The Bee Gees, Tom Jones, Jools Holland, Style Council, Phil Collins, Van Morrison, Status Quo, The Foundations, Gary Numan, Jimmy Ruffin, Peter Gabriel, Jamiroquai, The Cure, Joan Armatrading, Terence Trent D’arby, Siouxie and the Banshees; as well as performing on the same bill alongside pop acts such as Depeche Mode, The Eurythmics, Steps, Boy George, Desmond Dekker, Dr and the Medics, and Tori Amos. The band’s private function work has included bookings at all the best hotels and venues in the country.

Superfly generally play two one-hour or three 40 minute sets, but times can be altered to suit the function. They have a professional PA and lighting system and can provide background music at no extra charge on CD or minidisc before their performance, during their breaks and after the performance has finished. Our quoted price is for the six-piece band.

Travel and cost:
Superfly are London-based. See Pricing for details of travel costs, etc
Add to My Enquiry List

"They were really great - did a terrific job on the night."
Laurence Harris - son's barmitzvah party - Hertfordshire - January 2011

"We really enjoyed the band, the music they played was spot on and all our guests and family thought they were very good."
Josephine Godfrey - wedding reception - Hertfordshire - April 2010

"Superfly kindly let the groom sing an old favourite. They were brilliant and very professional. The singing was great and the selection had mass appeal."
Natasha Hussain - wedding reception - Berkshire - August 2008

"We had a wonderful party and the bands professionalism and great party songs helped to keep the guests dancing until the end!."
Pasha Coupet - wedding reception - London - May 2008

"Just wanted to say thanks to Superfly for their performance at our wedding. They were brilliant, and loads of our guests have said how good they were."
John Soanes - wedding reception - Berkshire - August 2006

"Further to our wedding on the 7th October of last year Kath and myself would just like to thank you very much for making the day even more memorable. Friends and family are still talking about ‘one if not the best wedding reception they have been to’ and I put this down to Superfly and probably the copious amounts of alcohol consumed!"
Paul and Kath - wedding reception

"Just a quick note to thank you for your wonderful performance at our wedding… you all made a huge contribution to the success of the evening reception. Huge numbers of our guests have raved about you since and we are sure you made the day memorable for a large number of people. Thanks too for your professionalism and friendliness which certainly helped allay a lot of nerves. We wish you every success for the future and will recommend you to all-comers!!"
Elaine and Chris - wedding reception

Got questions, or want to book 'Superfly' for your wedding, party or event? Add them to your Enquiry List and then send them a message to check their availability.
Add to My Enquiry List