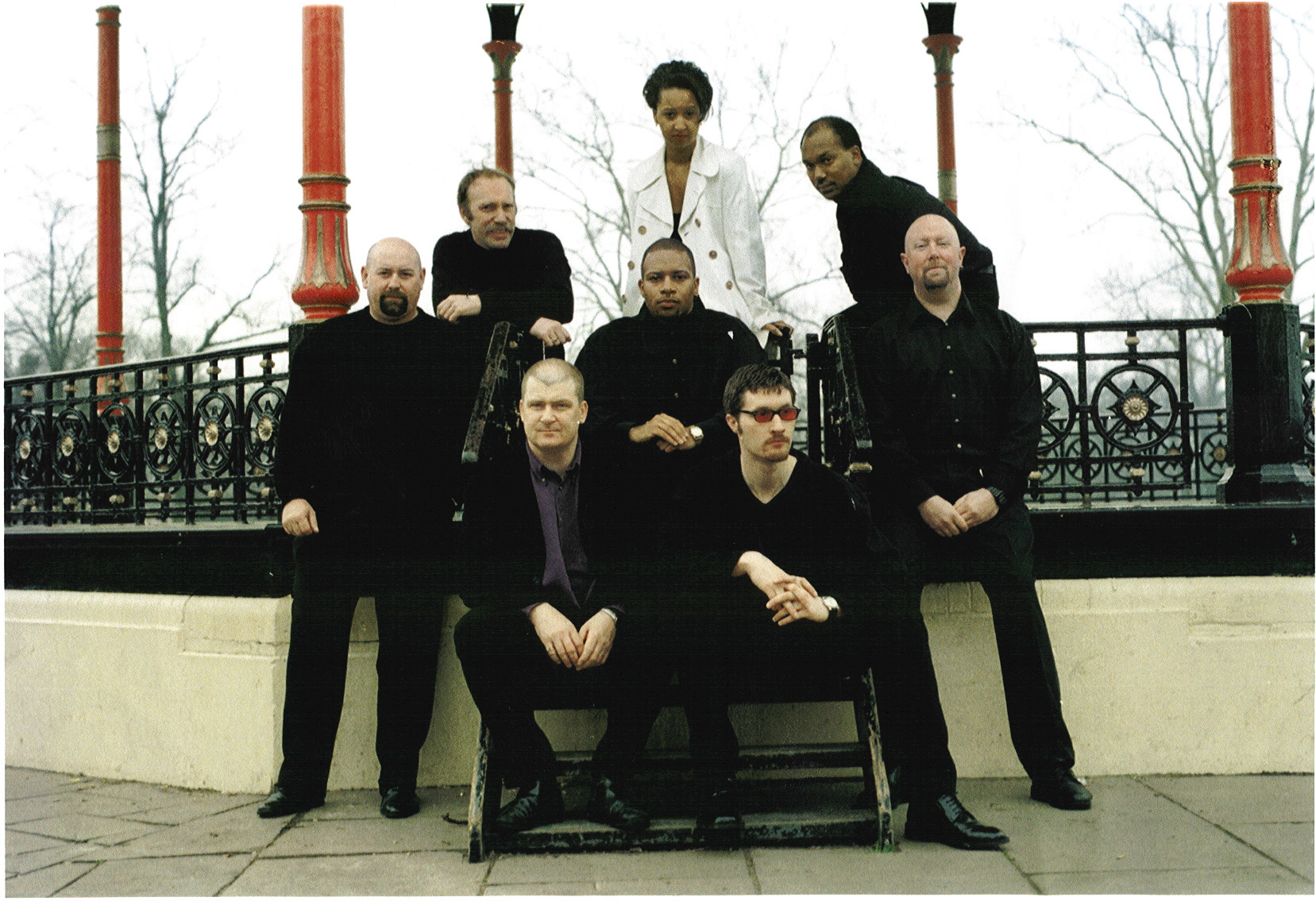 The Soul Traders are an eight-piece band playing the songs of some of the greatest artists of the 60s and 70s covering music from The Commitments, Motown, Stax and the 70s funk era as well. The band consists of male and female lead vocalists, keyboards, guitar, bass guitar, drums, trumpet and sax. Between them the band members have played with musicians from The James Brown Band, Marvin Gaye, Billy Preston, Neneh Cherry, The Real Thing etc.

The Soul Traders normally play three 40-minute sets or two one-hour sets, but this can be extended by arrangement. They can provide 60s to 90s background music on CD before, in between breaks and after the performance has finished at no extra charge, and for an additional £250.00 they can also provide a full DJ service. The Soul Traders have a professional PA system and lighting rig to highlight the band. The dress code of the band can be varied to suit the occasion.

A sensational band with a great wow factor, this band is sure to get everyone up and dancing.

The Soul Traders are Essex-based. See Pricing for details of travel costs, etc

"I used them for my wedding in 2007 and they were brilliant then. We had lots of people commenting on how good they were and also saying "they're going to be good" while they were sound checking. "
John Bryan - charity ball - Berkshire - September 2015

"We booked the Soul Traders for our wedding reception. Due to quite a mixed crowd we wanted the band music to have a good cross appeal, with blues and soul being the obvious choice. Having found the Soul Traders via Function Junction, we heard the sample tracks and were subsequently impressed by the energy and tempo of the demo CD. On the day, the band were great - really flexible when we were overrunning for the start times and kept the song list in line with our wishes for an upbeat and high tempo performance. We've had lots of positive feedback from our guests who really enjoyed the band and their performance. One of the great touches that went down really well was when one of the saxophonists came down and continued playing in the middle of the dance floor. All in all, top marks - a really fun, professional and enjoyable performance and we would definitely book them again!"
Derrick Fernando - wedding reception - Oxfordshire - May 2012

"The Soul Traders were sensational - a class act - the whole party was up on the dance floor most of the evening - they played all the requested songs and exceeded our expectations. Worth every penny - fabulous!"
Dave Godfrey - birthday party - Kent - June 2009

"Guest commented on how good the band were. Everyone enjoyed the choice of songs. They also commented on the lead singers, saying how good they sounded. Overall positive all round!"
Clive Petty - wedding reception - April 2006

"Great band - lots of guests were asking whether they were local and where did we get them from? They made sure the evening was a hit!"
Carl Rainford - wedding - Suffolk - July 2004

"The Soul Traders were excellent and really made our wedding reception. All our guests (including us) were up from the very first song dancing and didn't stop until they finished playing… Their demo CD was good, which is why we chose them, but it doesn't do them justice. Their live performance is just brilliant."
Julie and Chris Gregory - wedding - Kent - April 2004

"So many comments from guests about the ‘brilliant band’, and every expectation was met. They were totally amazing and everyone thoroughly enjoyed listening and dancing to their music. They were very patient with us and very co-operative, it was just great. We do hope they have a lot of success in their careers, they deserve it."
Chloe Newman - wedding - Dorset - August 2002

"The band were absolutely fantastic – we’ve had so many of our guests say they were the best wedding band they’d heard."
Linda Maggs - wedding - Hertfordshire - July 2001

Got questions, or want to book 'Soul Traders' for your wedding, party or event? Add them to your Enquiry List and then send them a message to check their availability.
Add to My Enquiry List