Latin Fiesta are a lively and popular salsa band, led by Colombian 'Jairo' and featuring the sexy Spanish 'Salud' on vocals.

Latin Fiesta play top Latin dance styles: salsa, cumbia, lambada - and more - and guarantee to get the audience on their feet for the night! They come as a three to seven-piece band, and as their name says, they make the party swing. Loved on the London scene for the last seven years, this band of authentic Latinos have thrilled salsa/party lovers around in clubs and hotels abroad, and are a popular choice for weddings, parties and corporate events.

The band brings a full PA system and can provide CD background music between sets. Our quoted price is for a four-piece line-up and the band would expect to stay at the venue for four hours, during which time they would play three 30-minute or two 45-minute sets.

You don't need to know how to dance to enjoy Latin Fiesta - they guarantee to initiate you into celebrating Latin style!

Travel and cost:
Latin Fiesta are based in London. See Pricing for details of travel costs, etc.

"Latin Fiesta were brilliant and we will definitely be booking them again. We have have received numerous positive comments about them. By the end of the evening lots of people were dancing which for a street fayre in the centre of London was unbelievable. I would not hesitate to recommend them for any event."
Janice Devitt - Street Fayre - London EC1 - June 2015

"Latin Fiesta were professional and many people commented on them and thought they were the best band they had seen at a wedding. They played some pop which wasn't expected but it was a good choice. They played what the crowd liked and that was most important. They seemed to be able to act on their feet with the crowd and engage with them. Perfectly dressed (we had a formal affair) and just what we wanted!"
Isabel Vielba - wedding reception - London - September 2010 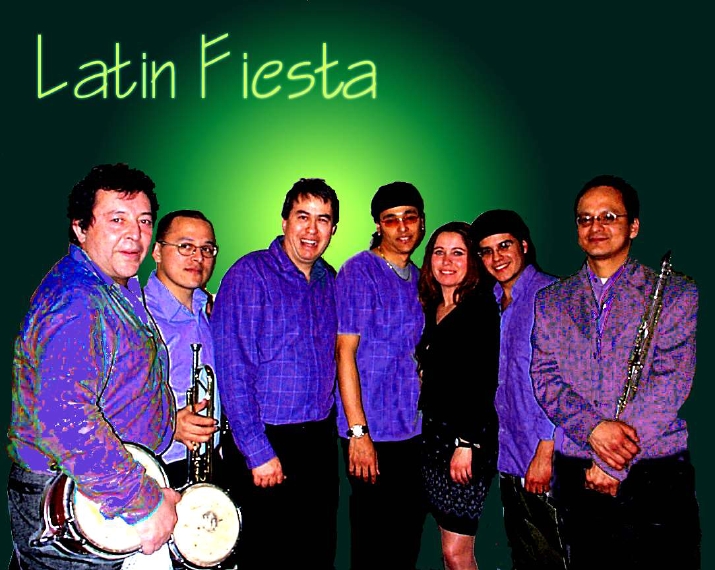