Originally from the west of Ireland but now based in England, The Duffys are a four-piece band performing a wild and intoxicating mix of pop/rock covers, Celtic jigs and traditional Irish songs, rock and roll, Motown, and country and western. Performing a wide range of music is one thing, but performing it well is another! In this sense, The Duffys stand out for their universally high musical standards. Multi-instrumentalist, John Duffy is a charismatic and engaging lead singer whose voice is both crystalline enough to tackle any girl band ballad yet gritty enough to blast through a classic rock song. John also plays acoustic guitar, accordion, banjo and keyboard backed by top class musicians on guitar, bass and drums. Our normal quoted price is for the four-piece but the band is also available as a five-piece adding a fiddler.

A highlight for the band was playing at the ICC Cricket World Cup 2007 opening ceremony in Jamaica. The band have also toured in Ireland, Britain, Holland, Denmark, Germany, Italy, the Middle East and America and have appeared on countless regional and national radio interviews and television broadcasts including “The Late Late Show” on RTE, “The Tonight Show” ITV, “The Warehouse” on Carlton and the Fleadh Festival live on Sky. They recorded their debut original album with producer Kurt Wallinger who wrote “She’s The One” for Robbie Williams and produced albums for Prince, U2, Lenny Kravitz, Mick Jagger and Peter Gabriel. These appearances are combined with their function work, where they are an extremely popular attraction at weddings, parties and corporate events, particularly where an Irish flavour is required.

The band will normally play for up to two and a half-hours and the quoted price includes the provision of a full professional PA and lighting system and recorded music during their breaks.

The Duffys are based in Nottingham. See Pricing for details of travel costs, etc

"After much searching I decided to book the The Duffys for our wedding. They were simply brilliant. I saw so many guests I know dance and dance like they have never danced before, and guests who never dance, dance! It was wonderfully impossible to sit down with everyone having so much fun. True professionals who knew after just a few songs what worked best and made it such a special evening. Many many thanks guys."
Alan Martin - wedding reception - Hampshire

"I would just like to let you know that everyone who was at our wedding is saying how great the band were. If you want a band that gets people up dancing this is it. You made our night very special."
Dermot Tobin - wedding reception - Staffordshire

"John and the rest of the band were excellent and I hope they move on to bigger and better things. All my guests commented on what a great band they were."
James Fleck - wedding reception - Guildford, Surrey

"The Duffys were fabulous - they exceeded our expectations and couldn't have been more helpful. Arriving and setting up before the reception and providing a microphone for speeches. The dance floor was packed all evening."
Caroline Arblaster - wedding reception - Daventry

"We found Function Junction to be extremely professional. You were always helpful and organised. The service was fantastic. The Duffys were absolutely brilliant and really made our day. Thank you so much."
Briony Grant-Parke - wedding reception - Essex

"Our guests (and of course us too) absolutely loved the Duffys and commented that they were the best band they'd seen at a wedding. Everyone danced from start to finish."
Claire McLaughlin - wedding reception - London

"The music was excellent and thoroughly enjoyed by all in attendance."
Anne Wilson, Bicester Town Council - summer fun day - Oxfordshire

"The Duffys were fantastic. They really made our 40th birthday party an evening to remember, and lots of the guests have commented on how brilliant the band was. Thank you"
Charlotte Holmes - birthday party - Buckinghamshire

"We would highly recommend The Duffys, you were 1st class !!!"
Jane Bowsher - wedding reception - Alyesbury

"The Duffys were fantastic - totally professional and great fun, and they really did make the night. Everyone was up dancing and we even had people from a nearby wedding coming over "as the band was so much better than theirs" A great bunch of lads and highly, highly recommended"
Paul Newton - wedding reception - E Sussex

"The Duffys performed at a wedding I co-ordinated on Saturday and they were fantastic. All the guests, young and old, enjoyed their music and they were lovely and friendly too. An absolute pleasure to work with - I will definitely be recommending them to other brides in the future."
Debbie Diggle - wedding reception - Hertfordshire

"The Duffys were excellent and really made our night. They were loved by all ages and had everyone up dancing."
Clare McLaughlin - wedding reception - Oxfordshire 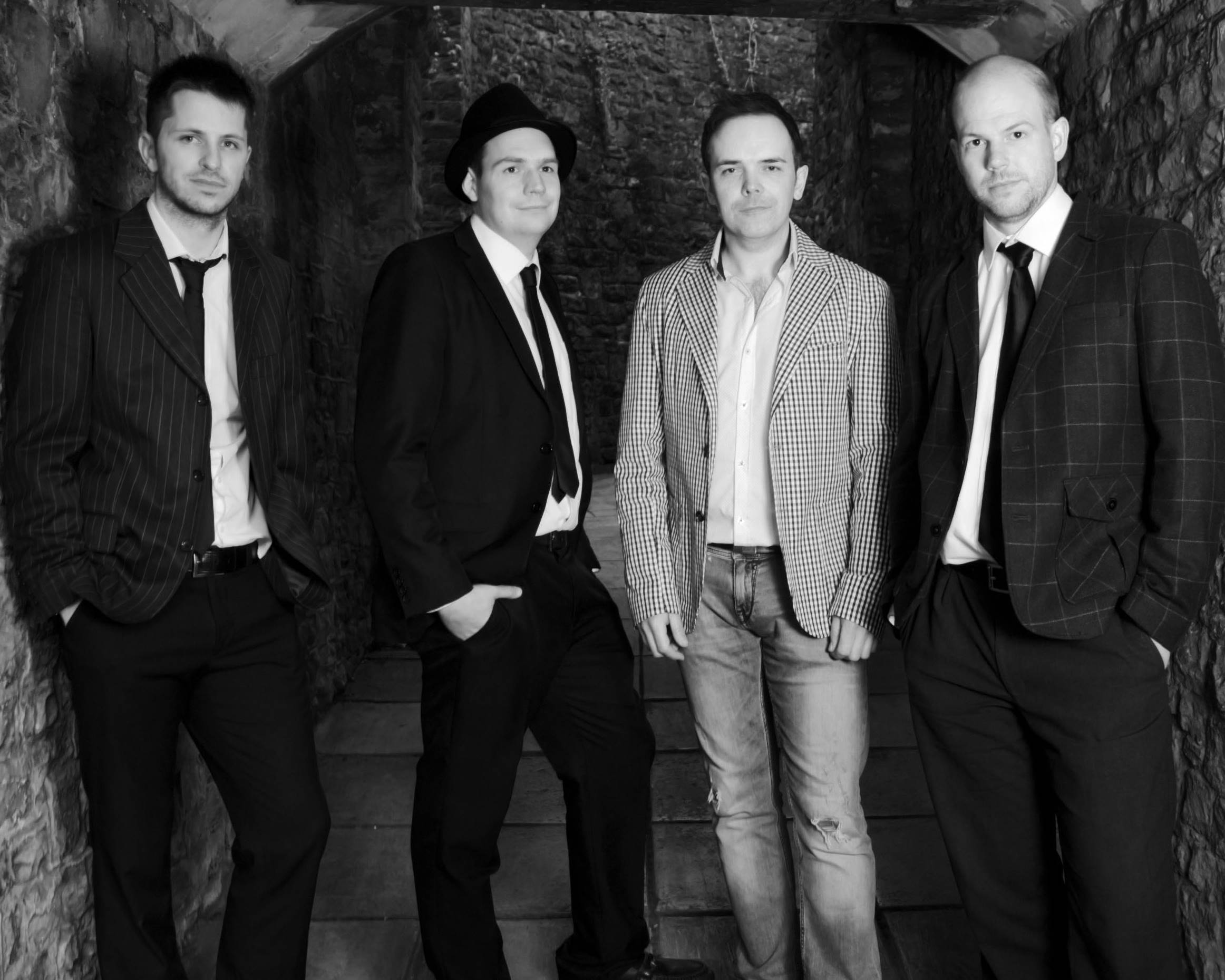