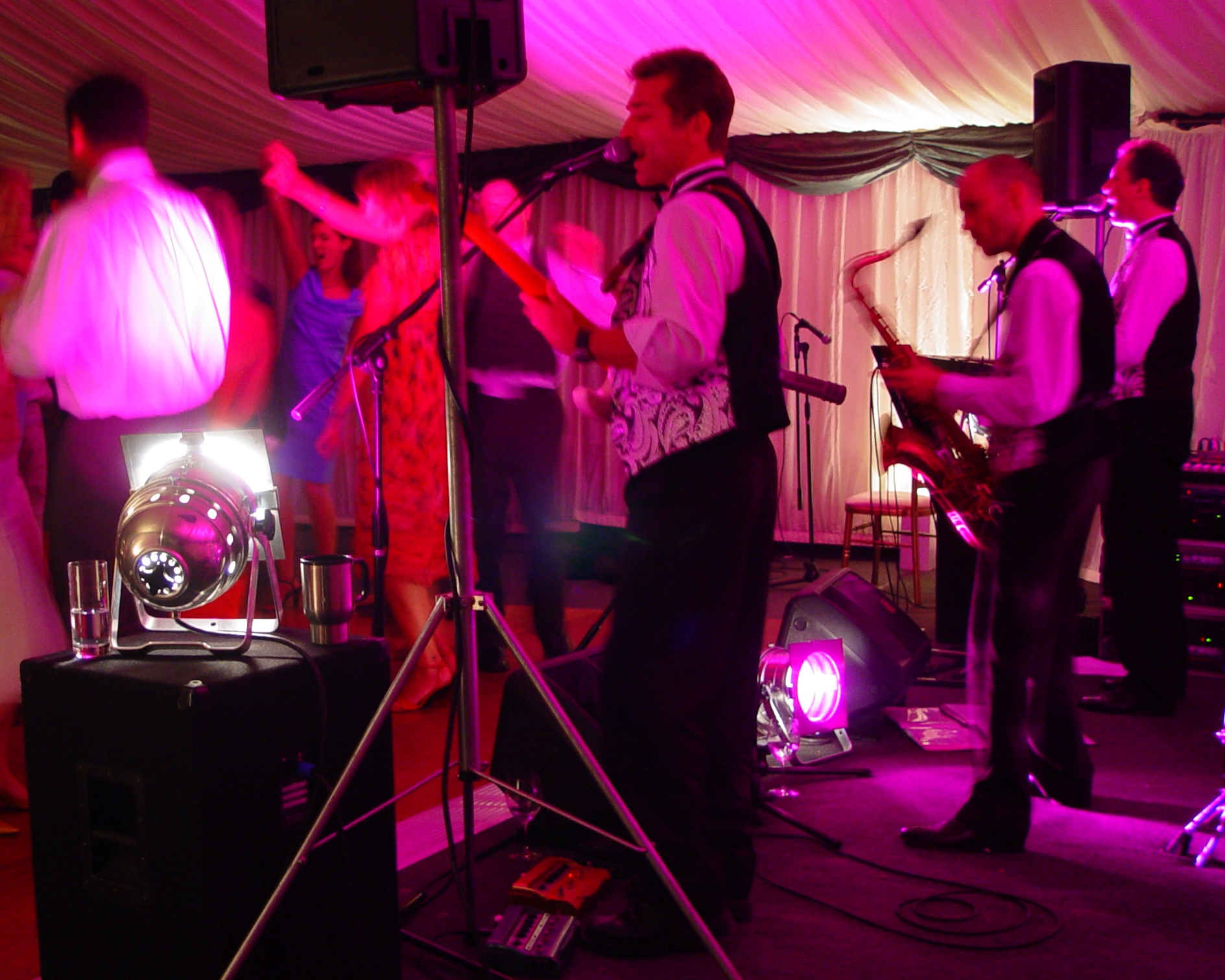 About The Barton Band

With their extensive repertoire, The Barton Band can cater for all tastes and age groups, from light jazz and standards through Rock ‘n’ Roll, to the most popular chart hits. With their very wide professional experience, the band have mastered the art of playing in a way which will get everyone dancing and enjoying themselves. Past engagements include Jarvis Cocker’s 40th birthday party and Rick Stein’s 70th birthday party!!!

The members of the Barton band have worked around the world, including recording an album with Shirley Bassey and producing various dance artists. The band’s guitarist has toured with singer Kiki Dee and recorded with pop producer Trevor Horn on several projects, and with Roxy Music’s Phil Manzanera; and their drummer played with pop dance act Innocence including performing on Top of the Pops with five top 20 singles.

The band usually perform as a three-piece consisting of keyboards, guitar and drums, but can also go out as a four-piece with saxophone. Our quoted price is for a three-piece band. The Barton Band normally play three 40 minute sets or two one-hour sets, but this can be extended by arrangement. They can also provide background music on CD before, in between breaks and after the performance has finished at no extra charge. With their £20,000 worth of sound and light equipment, the band can comfortably accommodate all venues and gatherings from 40 to 3,000 people.

As well as radio appearances the band have performed at hundreds of hotels and venues around the country for private parties, weddings, celebrations and corporate events of all kinds, including Madame Tussauds, The Savoy, The Waldorf, The Café Royal, The Ritz, The London Transport Museum, Leeds Castle, Claridges, Brands Hatch, The Hurlingham Club, The Middle Temple, Stoke Rochford Hall and Oxford University.

The Barton Band are Hampshire-based. See Pricing for details of travel costs, etc

"We just wanted to send our thanks to you and the rest of the band for playing at our wedding last Saturday. We had an incredible day and the evening was great fun with you guys playing so amazingly -everyone was up and dancing! All of our friends and family commented on how brilliant you were and I have no doubt that you will be getting more business from them as a result of our wedding! We hope you enjoyed yourselves too. Thanks again and best wishes."
Kimberley and Andrew - wedding reception - Hampshire - March 2013

"Brenda and I just want to say a huge thanks to you and the band for making Friday evening such a memorable event. Your music inspired so many people to express how 'superb' the band was. We had a great night and the band was outstanding."
Ed & Brenda Thompson - Party - Hampshire - February 2012

"I just would like to say a big thank you for playing at our wedding. It was absolutely amazing and you just blew us all away! I have been thinking of when I can next hire you again and my dad said about for our first year anniversary having a big garden party at his in the new forest so look out I may just take him up on this. Thank you again you were just fantastic!"
Beth and Neil - wedding reception - Dorset - August 2011

"Thank you for a great event, the client was absolutely thrilled with the band!"
Amy - private party - Hertfordshire - July 2011

"We would like to thank you and the rest of the band members for performing at our wedding. You were amazing. Several people asked where we found you! If we require a band again or know of anybody interested in using a band, we would not look any further than you, we were absolutely impressed. You made our evening 'do'. With many thanks for making our wedding even more special."
Lisa Cammack - wedding reception - Hampshire - June 2011

"I just wanted to thank you again for the band playing at our wedding. You guys were perfect and everybody had an amazing time!"
Charlotte and Chris - wedding reception - West Sussex - May 2011

"The band was a major contributor to the success of the evening and all the guests were very appreciative. Their choice of music was excellent and everyone was on the dance floor form 20 to 85 years old!!"
Chantal Cargill - birthday party - London - January 2010

"The band were fabulous and helped to make the evening special, and your service was extremely professional. Many thanks to you all."
Astrid Sharkey - daughter’s wedding reception - Isle of Wight - July 2009

"Please pass on our thanks to The Barton Band for the fabulous music they gave us at the wedding reception on Saturday 26th July at Fonthill Bishop. They were a truly inspirational group who got everyone of all ages onto the dance floor. The success of the evening owes a lot to their performance and professionalism throughout. With many thanks."
Charles Carter - daughter's wedding reception - Salisbury - July 2008

"The Barton Band were fantastic. They were extremely accommodating as we were running behind time and set up very quickly. They worked within the limited space we had. All of our guests enjoyed their music with many favourable comments after our wedding. Also the Mermaid Inn were very pleased with the band in their dealings with them - Please pass on our heartfelt thanks to them."
Anna Sullivan - wedding reception - East Sussex - June 2006

"I would like to thank The Barton Band for a memorable evening…Not having organised a do for so many before, I was apprehensive on how the band would perform, but from the moment I met them I was delighted to see how friendly and professional they were and I would not hesitate to give them the highest recommendation … Once again please thank The Barton Band for a first class performance."
J L Kearnes - daughter’s wedding reception - Surrey - June 2002

"Easy to arrange and all went smoothly on the day. Everyone commented on how fantastic the band were. Definitely recommend them again."
David Pitron - wedding reception - West Sussex - August 2001

"The Barton Band was exactly what we wanted and you were all brilliant. The music was fantastic and your friendly relaxed attitude made the whole evening run smoothly…all our guests thought you sounded brilliant."
Ian Chessell - wedding reception - West Sussex - July 2001

Got questions, or want to book 'The Barton Band' for your wedding, party or event? Add them to your Enquiry List and then send them a message to check their availability.
Add to My Enquiry List